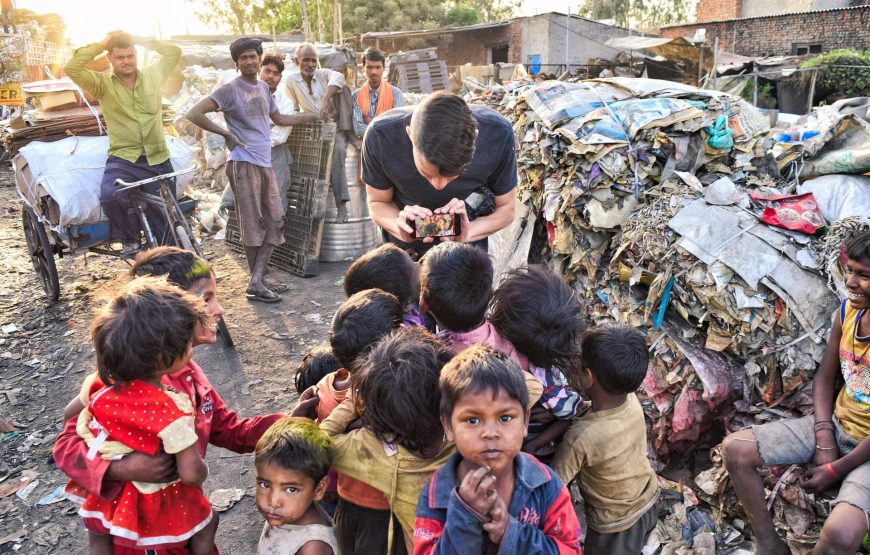 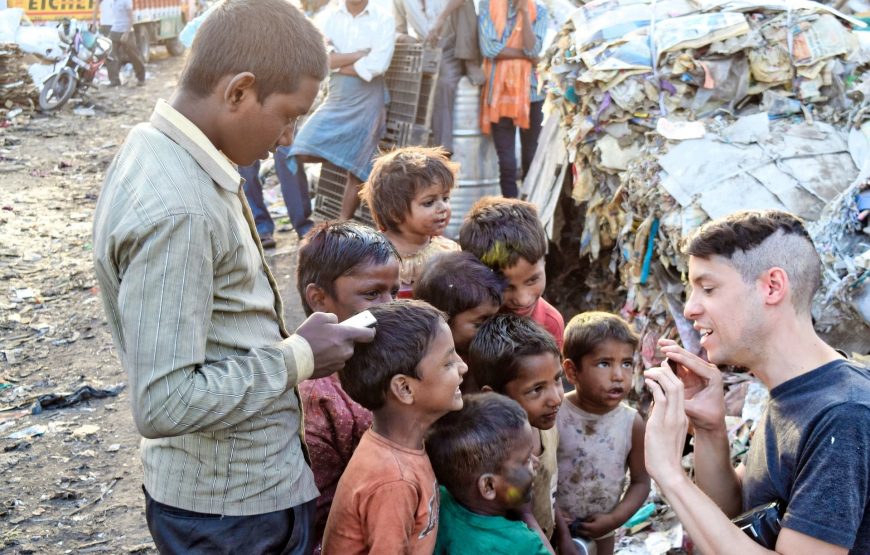 Mumbai City and Dharavi Asia’s Largest Slums Sightseeing Tour with Private Guide include visit to Gateway of India, Hanging Garden, Kala Ghoda Art district, Mani Bhawan, Prince of Wales Museum with Dharavi slum tour. Entrances to monuments mentioned in the itinerary and English-speaking guide service is well included. We provide pick up and drop off from Mumbai city hotel. We are further flexible to adjust the guest requirement during the tour if possible.

Pick up from your Mumbai city hotel for Mumbai sightseeing with Dharavi Slum Tour. Visit-

Gateway of India - Overlooking the Arabian Sea, the Gateway of India, which is located in Colaba in South Mumbai, is one of the most unique landmarks that was constructed to commemorate the visit of King George V and Queen Mary in December, 1911. Representing the grandeur of the British Raj, the Gateway of India today is one of the major tourist attractions in Mumbai and also a popular hangout. The vicinity also attracts many vendors, food stalls and photographers.
Hanging Garden - Located atop the Malabar Hill and close to the Kamala Nehru Park, the Hanging Gardens in Mumbai is one of the major tourist attractions. It is a popular picnic spot during the peak season and pulls in thousands of tourists and locals for an ideal day.
Kala Ghoda Art district - Mumbai's renowned Kala Ghoda Art Precinct is part of the Fort district, one of the coolest neighborhoods in the city. It stretches from Regal Circle north to Mumbai University on the same road. Its curious name, meaning Black Horse, can be traced back to a bronze equestrian statue of King Edward VII that existed there during the colonial era. These days, the area has become a compelling cultural hub offering art, history, education, and some of the city's most popular restaurants. The annual Kala Ghoda Festival in early February is another attraction.
Mani Bhawan - It was Gandhi's Mumbai headquarters for about 17 years, from 1917 to 1934. It was from Mani Bhavan that Gandhi initiated the Non-Cooperation, Satyagraha, Swadeshi, Khadi and Khilafat Movements. Gandhi's association with the charkha began in 1917, while he was staying at Mani Bhavan. Mani Bhavan is also closely associated with Gandhi's involvement in the Home Rule Movement, as well as his decision to abstain from drinking cow's milk in order to protest the cruel and inhuman practice of phookan meted out to milch cattle common during that period.
Prince of Wales Museum (Monday closed) - The Prince of Wales Museum, now commonly known as 'Chhatrapati Shivaji Maharaj Vastu Sangrahalaya', was established during the early 20th century. This museum is considered as a heritage structure in Mumbai because of its admirable architecture. The Prince of Wales Museum is one of the most significant museums in India. The museum showcases several collections of ancient artworks, sculptures and artifacts in its galleries.
Continue your sightseeing visit Dharavi the second biggest slum in Asia and the third biggest in the world. The tour through the slum's narrow alleys is quite an adventure; you will undoubtedly feel the strong sense of community and special spirit that exists here. Discover a wide range of activities in the legendary mini-city, including a plastic recycling center, leather works, pottery workshops and places where papadums are baked. See the schools and churches used by the residents, and places where soap is made. Don't expect to find extreme poverty on your walk though Dharavi. Go beyond the stereotypical beliefs on a tour that will inspire you in your own daily life.